The history of Kfar Rupin

The history of Kfar Rupin

Kibbutz Kfar Ruppin is a kibbutz in the Beit Shean Valley belonging to the Emek Hama’ayanot Regional Council and was established on its present site in December, 1938 as one of the “Tower and Stockade” kibbutzim. The group of founders, called “Massad” (members of the Noar Haoved movement in Germany and Austria and former members of a labor group in Herzliya in 1934) was composed of olim (immigrants).

On November 25, 1938, after waiting for about a year in the shared land of Maoz Haim they settled on the land of Masil el Jaisel.
Due to the hardships of life in the Beit She’an Valley and the small number of members in the group, the movement decided to complete the settlement with about 80 members of another group from the “BeNativ” group in 1942 which came mainly from Czechoslovakia that had immigrated mainly on illegal immigrant ships.

The unification was carried out in the summer of 1942.

The kibbutz was named after Dr. Arthur Ruppin, then head of the Jewish Agency’s Settlement Department, who supported the initiative of these young pioneers to establish the kibbutz in this area, which was considered distant and dangerous at the time and was definitely not a priority of the institutions.
During the first years of settlement, the kibbutz members searched for means of livelihood by conducting experiments in agriculture, by cultivating the land and in creating minimal conditions for survival in an area of malarial swamps, Bedouin neighbours and practically no roads. In addition, small steps were taken in educating the children and absorbing immigrant youth.

These were the days of the Second World War and almost all the members were completely cut off from their families, who remained in the German occupied countries. However, at the end of the War of Independence, the group received a new impetus, and began to establish the agricultural branches, some of which are still the basis of the kibbutz’s economy. These crops continue to this day, mainly fish farming, ornamental fish breeding, dairy farm, chicken farm, plantations of date groves and red grapefruit, field crops of wheat fields and corn. In 1978 a factory “Palkar” for plastic goods was established.

From August, 1967 to August, 1970 the valley was subjected to a war of attrition. The kibbutz was constantly shelled from across the Jordan River by Palestinian militants, who also laid mines and harassed the kibbutz with small-arms fire. For three years, children had to sleep in crowded shelters. During these years there were 102 incidents in the area and 54 that involved the kibbutz including two casualties and property damage. Despite all this, the momentum of development in the kibbutz did not stop, but the sense of partnership grew stronger.

After September ,1970 when King Hussein clamped down on the militants, there were
sporadic attempts at infiltration and terrorist raids, but most of them were thwarted by army
patrols, and with the cooperation of the Jordanian army. In 1994 Israel signed the historic
peace treaty with Jordan. Since then, the area has become completely safe and the
atmosphere peaceful, although there is still a need to guard the border closely. There are
signs of cooperation with our Jordanian neighbors in various spheres and the border crossing
is 5 km. from the kibbutz.

At Kibbutz Kfar Ruppin you will meet a unique nature experience. 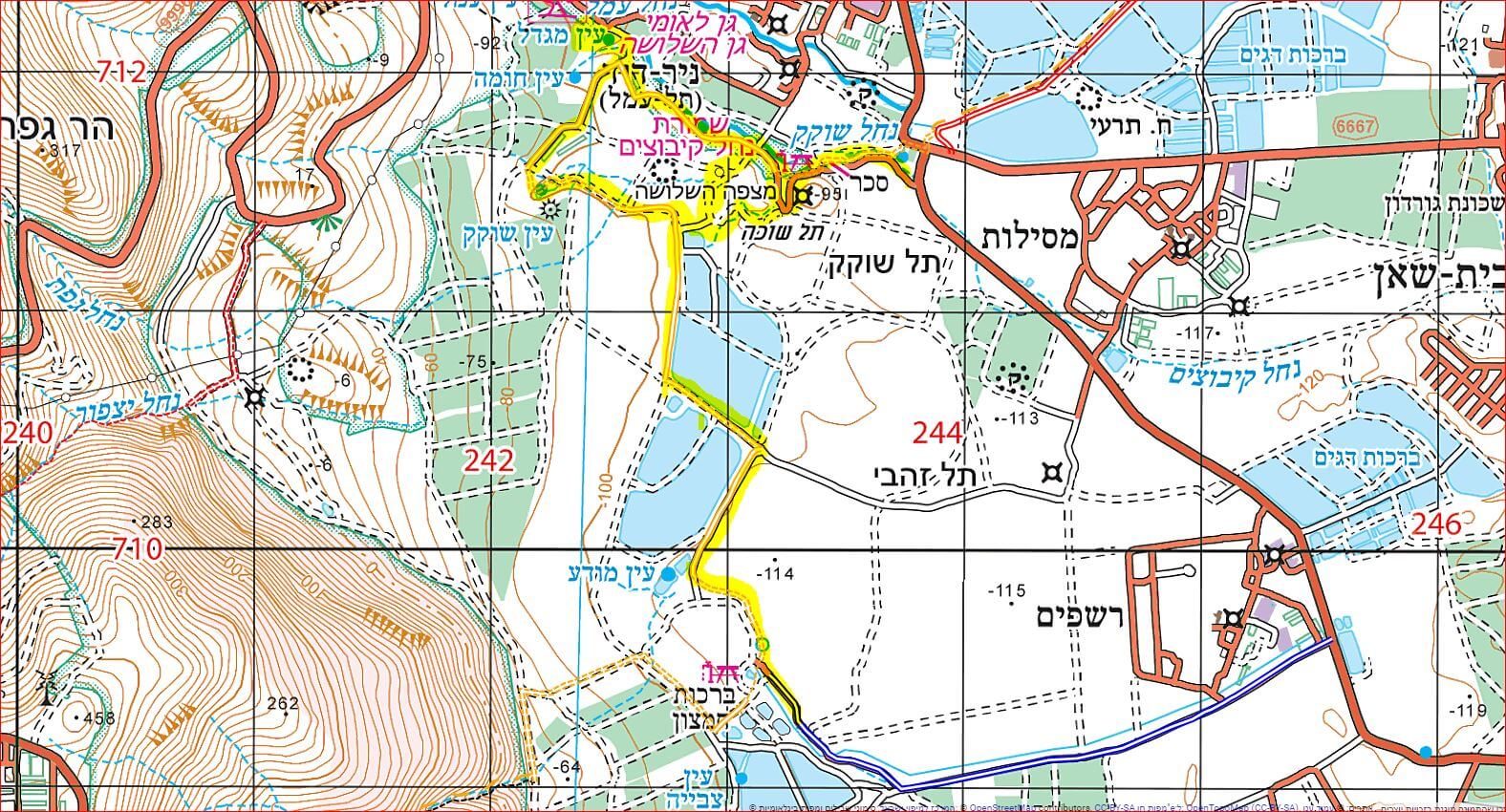